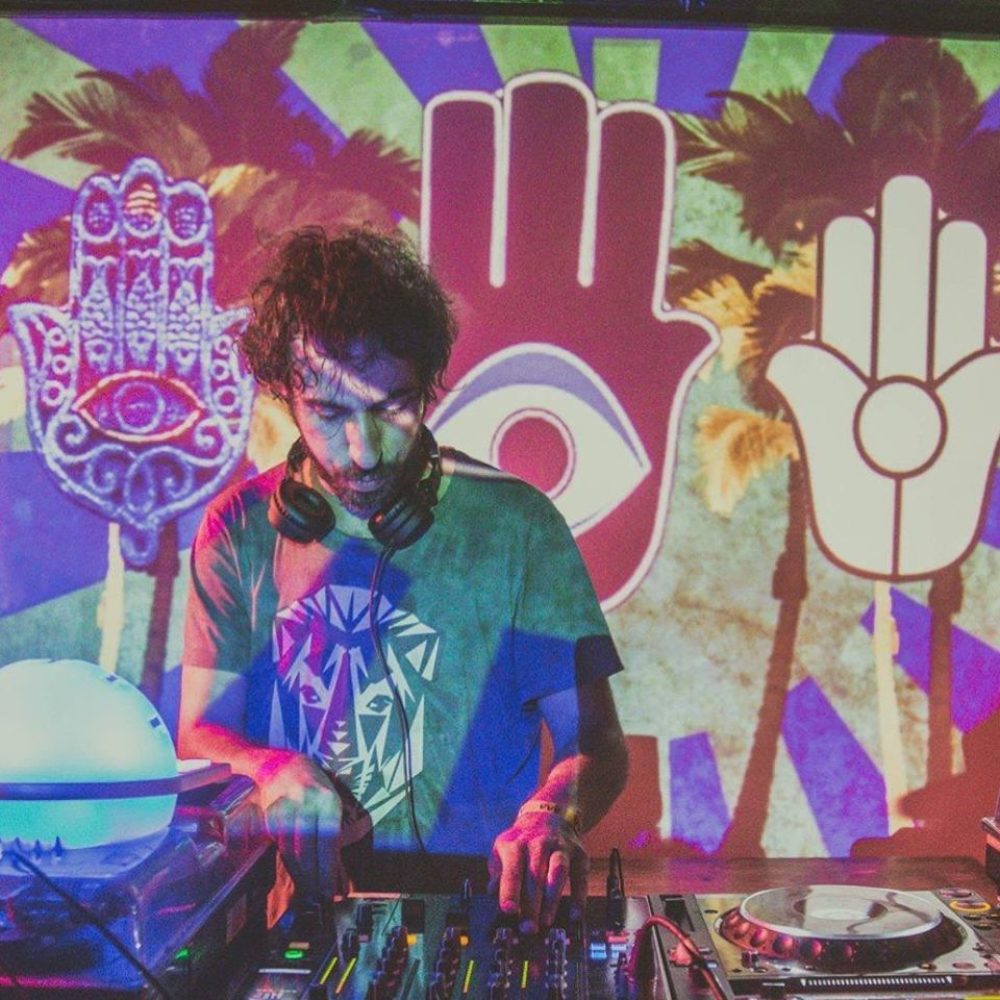 Rafael Aragón aka Rafiralfiro is a latin/arabic rooted french musician / dj / composer / producer. Born & raised in Paris, between downtown and suburbs, he grew up surrounded by different cultures that really built him, first as a human being and later as an artist.

He started composing beats at the age of 20 under the name of Rafiralfiro, after spending a childhood possessed with music, from afro-latin, jazz & classical to modern rock and hip-hop. He soon became obsessed with the idea of mixing traditional, folkloric music with modern electronic patterns, looking for the perfect balance between organic and synthetic, old and new, art music and popular music, the holy and the profane, the darkness and the light, the brain and the feet. His musical technic also became part of his identity, dealing with the smallest musical slices to create unique and original patterns from existing music, extracting a texture, a color, a short piece of melody or rythm. Assembling several musical layers to create new soundscapes, ambients & grooves, he works with passion to transform his computer in a dream machine, not just another beatbox.

He soon started acting in various music fields, composing scores for movies or documentaries, producing beats for rappers / singers, releasing free albums on the web and displaying unique live performance in France and beyond. Next to his solo, main project, he played in some bands or side projects with different musicians and singers. Obviously, the travel (through both time & space) and culture crossing is at the center of his music, and his vision is global, outshining the obsolete concept of «world music». Between latintronics and oriental bass, not to forgot african or balkanic flavoured electronics, his music has no label and keeps evolving in several directions at the same time.

Since 2011 he produces under his real name and he’s an active member of the Global Bass scene, this movement that gathers artists from around the world willing to input eclectism and diversity into the bass music culture, through the prism of the traditional, folkloric and «world» music. Bringing the roots and culture crossing to the dancefloor, without giving a f**k about style-tagging or sub-genres. A post-modern vision of music, togetherness, solidarity, no borders, no limits. Call it Global Bass, call it World Bass, it doesn’t matter, it’s the future of clubbing and music in general !

Rafael Aragon’s music is mainly club oriented, heavy bass material, yet delicate, maximalist and highly psychedelic. Sweaty dancefloor killers and soulful, enlightened anthems to cheer up and enjoy the beauty of life. With a very special, magic touch inspired by the ancient traditions of shamanism from all around the world. Mystic chimes, ritual drums and witchcraft incantations meet club kicks, filthy basslines and electronic batucada to provide a rich, dancy and psychedelic music for hips and ears !