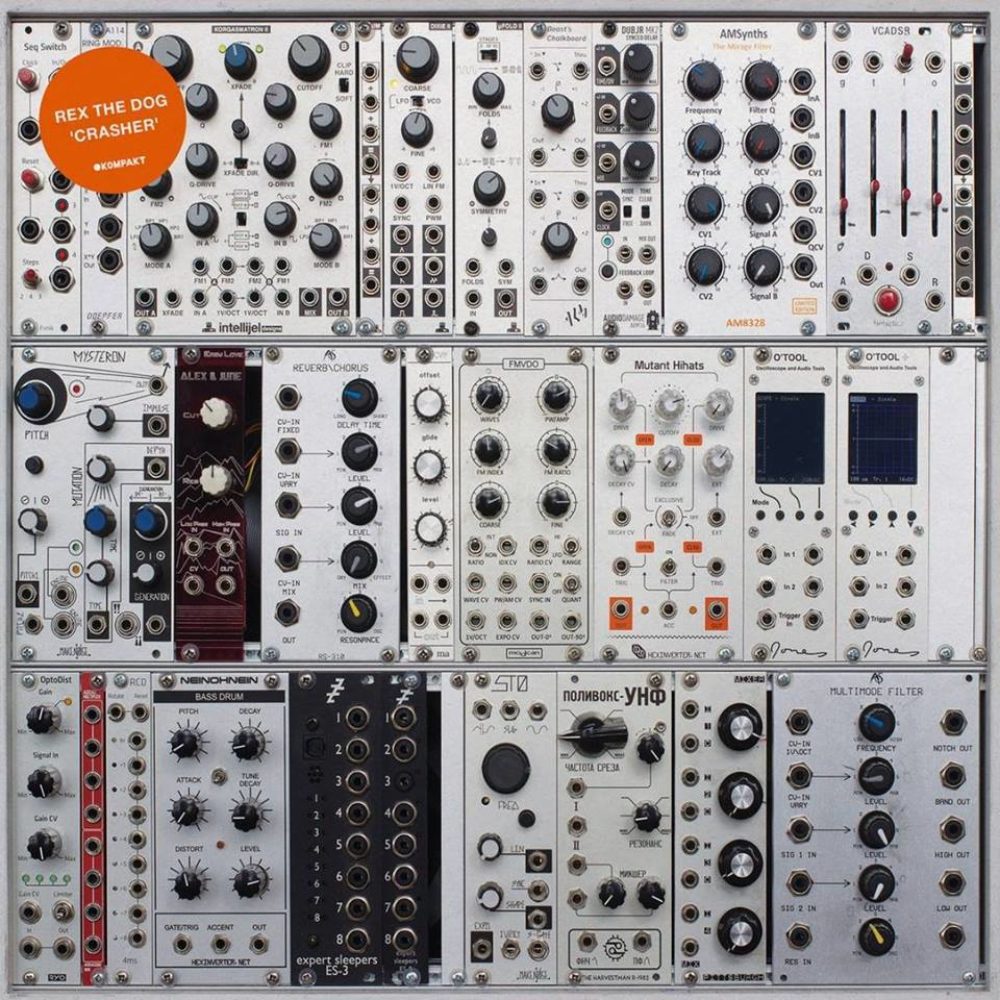 Rex The Dog makes and performs music with analogue electronics and a self-built Modular Synthesizer.

He carries this precious machinery around the world, bringing his idiosyncratic sounds to packed crowds at the best clubs, festivals and parties.

In the last 18 months this has included everywhere from Berlin’s hallowed Panorama Bar, to an intimate pop up gig in a Barcelona record store.

Rex has released on Kompakt Records since his first EP ‘Prototype’ in 2004, as well as Kitsuné and Southern Fried.

Recent releases have included the acclaimed ‘Sicko’ and ‘Teufelsberg’, earning him the support of his DJ colleagues including Jennifer Cardini, Roman Flügel, Jackmaster and Kölsch.

As well as his original material, Rex has released selected remixes for the likes of Depeche Mode, Me Me Me and Moby.